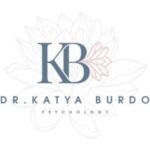 Home » To Sleep, per Chance To Crawl Out of a Rabbit Hole…Or a Motorcycle Lesson

To Sleep, per Chance To Crawl Out of a Rabbit Hole…Or a Motorcycle Lesson

My clients often want to talk to me about “spiraling” or “going down a rabbit hole”: some internal or external experience triggers a negative thought, which begets an avalanche of worse feeling thoughts and a state of mental free fall.

The question is: what’s the difference between when we can stop the negative thinking and pull it together, and when we spin out until the whole thing is a farkakte-my-life experience?

The answer is simple: we spiral because we become upset about being upset and about losing our hard-earned good-feeling state.

Let’s take my own recent experience. Having been on the back of a motorcycle once in my lifetime and finding it a thrilling experience, I had decided that learning to ride would provide me with the perfect gateway into alignment with my inner being. I imagined that whenever I was negatively focused, I would hop on my bike and the focus would get interrupted immediately because in order to ride, one has to be intensely present, so no time for negative thoughts. Ta-da, mission accomplished! I told the entire world about it and was psyched to spend all kinds of money to obtain hot biker-chick gear – the boots, the helmet, the jacket, the works!

Wearing all of it all at once, I showed up to my two-day weekend class at 9 a.m. sharp, my phone ablaze with texts from supportive friends, wishing me the best of luck. The night before, I’d spoken to my brother, “Have you told Mom?” he asked. “Of course not, I’m not insane!” Mom would positively not approve. Then, he said, “Good! What can I say to talk you out of this? It’s super dangerous.” “Nothing”, I said definitively. I was going to get my easy gateway into alignment, safety concerns be damned.

In my class, there were three male students, all experienced riders, and for the next four hours, the conversation was about how inattention to small details while riding could result in dying gruesomely, or, at least, ending up with body parts not where they used to be. I felt a pause in myself, but I was set to persevere.

When we finally went outside to practice riding, as the guys started to zip around me in circles, I found myself unable to get even remotely comfortable on any of the rental bikes. When seated, my knees were almost at my neck, the gear felt extremely heavy, my new boots didn’t allow my feet to move smoothly, and that’s if I could even locate the pedals in the first place. Within an hour, I was simultaneously hot, cold, sweating, chaffed, exhausted, and had yet to make my bike go anywhere.

The negative thoughts started to come in one after another, “What kind of a moron can’t figure out how to ride a bike? How come they can do it and I can’t?” I felt pathetic, self-pitying and lacking grit. Tears were now streaming down my face, and the instructor had begun to speak to me in that gentle tone reserved for young children and the emotionally disturbed. When I did get my bike to go, the guys applauded. I felt even worse: I was mortified about having become so upset. To make matters worse, the real kicker was that while I did indeed feel free riding, it occurred to me that this would be exactly how I’d die. Because let’s face it, I am not the most attentive car driver on a good day, so what on earth made me think that removing all protection from my body was a good move? The spiral continued.

On the way home, my mental free fall was complete by my pronouncing myself a shitty therapist and a useless human being. After all, if I had been a better therapist, instead of a meltdown, I’d be as calm as the Dali Lama! As it was, I was a mess who’d be telling everyone tomorrow that no, I wouldn’t become a biker chick because I wasn’t even good enough to drive a car. By then, I knew that focusing myself differently was nowhere near my reach. Instead, I decided that to interrupt my focus by going to sleep.

The next morning, I woke up feeling the relief of having stopped thinking horrid thoughts about myself. Sure, I was disappointed, but I was no longer in free fall. I accepted that I wasn’t going to ride a motorcycle and that I would find some other way to get into alignment. When I told my brother, he said, “Oh, thank God!!!”

So, keep working on accepting that however you feel in the moment, it’s ok, you aren’t failing at mastering positive focus and you haven’t permanently lost feeling good. But if you do end up spiraling, take a nap to interrupt the focus, and there is a very good chance you will wake up feeling better.

katyatherapy@gmail.com
Don't White Knuckle Positivity
Law of Attraction: There is No Such Thing as Luck!!